Will Scotland Golf Courses be overrun with American Tourists?

Scotland will make it's US television network debut this weekend and, with a huge potential audience, will Americans revisit the bonnie home of golf?

Although, according to BBC News, domestic tourism to Scotland (in 2011) rose by eight percent, an overall international decline has made it a prudent decision to advertise and join forces with US Television showing the Scottish Open (and hopefully the familiar face of Phil Mickelson... unless he MC's again).

A new television advertisement has also been created with golfers in mind to showcase not only Tartan but the beauty of the Scottish terrain (see video below).

First Minister Alex Salmond who launched this campaign said, "During the Scottish Open, we have a captive global audience of golf fans so this is the ideal opportunity to give Scottish golf the biggest ever push. The fact that the tournament is being broadcast on American network television, to tens of millions of US viewers, is a fantastic endorsement for Castle Stuart, and the Scottish Open." 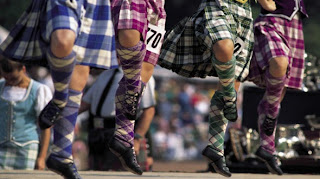 I would not necessarily agree with Mr. Salmond's "captive audience" statement. With the advent of TiVo and the ability to watch TV sans commercials, Nielsen ratings report that people aren't watching broadcasts the way they once did...the percentage of people who prefer computer viewing to TV is on the rise. How many people use the mute button or pull out their smartphone as soon as a commercial comes on the screen?

Aside from TV commercials Scotland is also pushing its message online. Donald Trump is also helping to spread the word about Scotland; Robb Report voted his Aberdeenshire golf course as the best golf course in the world! 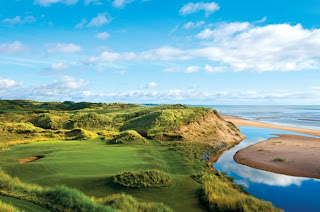 With the 2014 Ryder Cup being played at the PGA Centenary Course created by Jack Nicklaus and Scotland golf courses like Turnberry, St. Andrews Old Course and Muirfield among the dreams of anyone who has ever carried a bag of golf clubs, Scotland Welcomes the World. How will the world respond?

Awesome and very useful techniques you shared with us,....

I am very happy with such a model

Thanks for sharing this nice blog.

Serious lover of your blog, a considerable number of your blog posts have really helped me out. Looking towards updates!
Junior girl golf apparel
Girl golf outfits