Can Colin Montgomerie Teach You How to Win at #Golf?

Can Colin Montgomerie, the most recent addition to Golf Channel Academy, teach you how to play and win at golf?

Montgomerie, the Scottish born European and now Champions Tour player who has never won a major, officially has thirty-one wins under his belt on the European Tour and eight money titles, none more recent than ten years ago.

There is no doubt that Monty is a great player so his efforts to show off his prowess on the Full Swing and Weight Transfer in the golf swing should be considered when helping amateurs to learn how to play the game. Most golf professionals on Tour can explain and teach the physical swing but...

What about golf lessons which might entail the mental game; is Colin Montgomerie a qualified instructor?

Dave Stockton, writer of "Own Your Game" might not think so!

Montogomerie has never really been able to control his emotions with outbursts both on and off the course. In 2009, Montgomerie blamed a two-year drought on mental errors which caused him to miss meatball shots and has been flustered under pressure for committing an "unwitting error", as Monty put it.

In order to be able to teach amateurs about the mental game, Colin would have to prove he has a more calm demeanor. Maybe turning fifty has helped him achieve a better attitude?

Colin Montgomerie, after joining the Champions Tour, mentioned that he felt that he had the "opportunity to win" due to the differences in driving distances between Euro and Senior Tour golf courses. The belief Colin can win is a big determinant as to how an instructor will be able to teach an amateur-you have to feel and know you can win in order to be able to impart that feeling to another.

If a golf pro turned instructor can't keep his mind on the game at hand and is iffy as to whether or not he can win, how can he possibly teach YOU how to use the mental game to your advantage? Remember, games are won in the five inches between your ears. 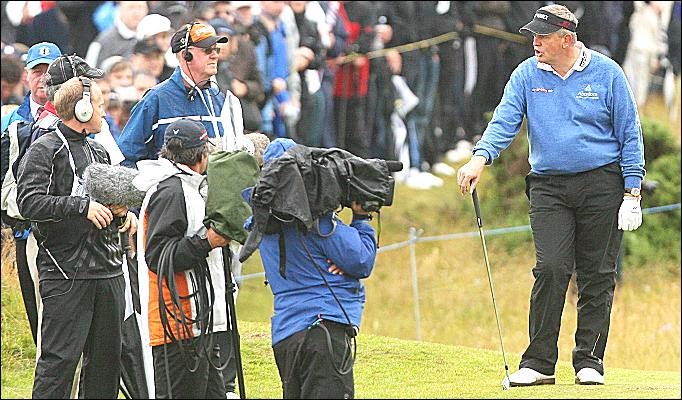 Voice your opinion on Twitter @Golf4Beginners and on our Golf for Beginners blog.

That is a good tip particularly to those new to the blogosphere.
Simple but very accurate information… Appreciate your sharing this
one. A must read article!

I would like to thank you for the efforts you've got produced in writing this article. I am hoping the same finest operate from you inside the potential also. Actually your creative writing skills has inspired me to start my personal Blog Engine weblog now.
Junior girl golf apparel
Girl golf outfits