The trip to the Bob Hope Classic marks a unique transition for the season-long $1 million Kodak Challenge competition, as it moves from the PGA TOUR’s longest hole (the 663-yard No. 18 at Kapalua) to the shortest (the 130-yard No. 17 at PGA West).

Robert Garrigus and Bubba Watson both eagled the first Kodak Challenge hole of the season at the Hyundai Tournament of Champions and co-lead the Kodak Challenge at 2-under-par.  Watson is scheduled to play in the Bob Hope Classic.

Troy Merritt won the 2010 Kodak Challenge in a sudden-death playoff on No. 17 at the Children’s Miracle Network Classic. Merritt defeated Rickie Fowler and Aaron Baddeley in a one-hole playoff at Walt Disney World Resort’s Magnolia Course in Lake Buena Vista, FL, to capture the Kodak Challenge trophy and the winner-take-all $1 million prize.


About Hole #17 at the Bob Hope Classic

Proper position is a must on this beautiful, yet dangerous little hole. The 130-yard par 3 No. 17 offers a panoramic view of PGA West and its surrounding mountains.  The deep narrow green is well bunkered on the left and protected by rocks on the right side.  Players must watch the pin placement carefully, as this tricky green slopes right to left towards a nearby canal.  The PGA TOUR’s shortest hole, No. 17 was the 7th hardest hole at the Bob Hope Classic in 2010, yielding 43 birdies, 124 pars, 29 bogeys and 5 double bogeys. 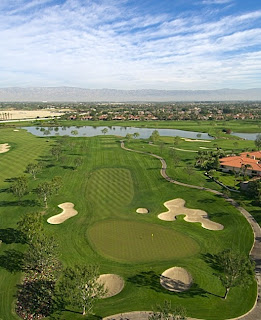 “The 2011 Kodak Challenge schedule builds upon the tremendous success of the 2010 season, offering players greater opportunities to participate and move up the leaderboard, while showcasing to fans the greatest scorecard in golf,” said Steve Powell, director of development for the Kodak Challenge.


The Kodak Challenge will once again highlight many of golf’s most exciting and picturesque holes in 2011 as players take on “the greatest scorecard in golf.” From the breathtaking 18th hole at The Plantation Course at Kapalua and the one-of-a-kind 16th hole at TPC Scottsdale, to the fabulous finishing holes at Pebble Beach, Harbour Town and Bay Hill, the Kodak Challenge provides fans and players a unique and compelling competition within a competition.