There was always a mystique which surrounded Tiger Woods; whether he won or not in golf, throngs of fans have followed his progress (and decline) through a five-year winless streak on the PGA Tour. The influence Woods has had in over the past twenty years has changed the face of golf. 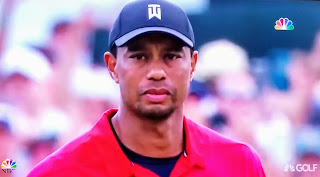 The outcome of the Tour Championship changed both our perception of the former number one player in the world as well as his own self-esteem as he smiled broadly during his round knowing he also had the slim possibility of a FedEx Cup victory.

Woods looked like the Tiger of old as he proceeded to implement his plan for victory and he could not hide his joy as he stepped out onto the 18th green, sunk a par putt, and accepted his reward for a job well done.

"The game plan was to shoot under par, and I birdied the first hole right out of the gate,'' Tiger Woods said after winning the Tour Championship. "I just had to suck it up and hit shots."

But there was more to Tiger Woods' plan than to shoot under par and "suck it up" on the course. Whether you are a beginner or an advanced amateur, creating a strategy before playing your round will benefit you by lowering your score.

Below are three golf tips which Tiger Woods implemented at the Tour Championship.

1. Leave your ball below the hole - an uphill putt is better than a downhill slide as you can give the ball a good, solid roll as opposed to tenderly judging your speed.

2. View putt from behind the hole. Tiger Woods looked at the green from several angles to determine the lie and angle of his putt.

3. Place your tee shot on the correct side of the fairway to give yourself the right approach onto the green. Take trouble out of play and visualize your next shot.

Tiger Woods went back to the basics to win after a five-year drought - if he can do it, so can you. 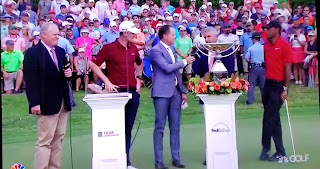 Although Justin Rose struggled to a FedEx Cup victory while Tiger Woods dominated at the Tour Championship, Golf for Beginners wishes hearty congratulations to both the current and former world number-one golfers in the world.

A few weeks ago, quite possibly the largest, and most fun, annual golf tournament in the United States was played; the Myrtle Beach World Golf Amateur Tournament #MBWorldAm. 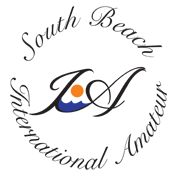 There are many amateur golf tournaments for players to show their skills but, after the MB Am was played, a reader wrote in to tell us about the 2018 South Beach International Amateur Golf Tournament.

The South Beach International Amateur (SBIA) is held in Miami, Florida and is the world’s 5th-ranked amateur golf tournament.

Every December, more than two hundred of the best amateur golfers across the globe come to The Sunshine State to compete. The amateur golf competition takes place at the Miami Beach Golf Club and Normandy Shores Golf Club - is a great experience for amateur golfers and their families, thanks to a warm ocean, the finest beaches, and the world-class nightlife.


Who Can Compete in the SBIA?

The SBIA is an open tournament. Registration opened July 1, 2018, and closes officially on December 7, 2018.

The requirements to compete in this amateur golf tournament for non-exempt men age 14 thru 60 is as follows:

A full playing resume must accompany the application of any player who is not exempt.

The tournament website is the source for full details (see above SBIA link).

About the South Beach Golf Courses

For the seven years since the inception of the amateur event, these golf courses have been the home of the SBIA Championships. The courses are recognized as stern tests for the world’s top golf amateurs.

The following prizes will be awarded to the Champion of the SBIA:

·       The winner of the South Beach International Amateur will win the Champions Trophy, a Lifetime Champions Exemption, Merchandise, world amateur ranking points, and invitations/exemptions to most of the major amateur events in the world.

The only amateur golf tournaments that rank higher than this amateur golf competition in Florida in only its seventh year are the NCAA Division I Championship, the Western Amateur, The Amateur, and the United States Amateur. Each of these four tournaments is historic and have an average of 120 years in existence.

Almost half of the field in the 2017 SBIA was from outside its host country, representing 30 countries, placing it 2nd in international participation.

Opportunities for amateur golfers abound, fortunately, but few can compare to playing on these Florida golf courses on Miami Beach used for the annual South Beach International Amateur Tournament!

Just as with any sport, your performance on the golf course can improve by building your strength.

However, as a golfer, you must be careful to develop the strength of your bones as well as your muscles. For that reason, golfers should follow a full-body approach to strength training.

Playing golf involves control over the entire body. Each movement requires the contraction of some muscles combined with the relaxation of others and the deployment of others to give stability.

A natural full-body approach will give golfers more endurance, so reducing fatigue and lessening the risk of injury while building strength. Concentrating on just certain muscles could cause a muscle imbalance and actually deteriorate your game by interfering with the natural ability of your body to play good golf.

Most weightlifting programs just concentrate on building bulk; however, mass and strength are not directly related.

For a golfer, bulk is not an asset, and, in fact, it could interfere with the style and smoothness of your swing. One of the best exercises for building full-body strength is lifting a heavy weight from the ground, then to above your waist, shoulders and finally above the head. Get down to the gym and learn how to do this correctly under the guidance of a qualified weight trainer. 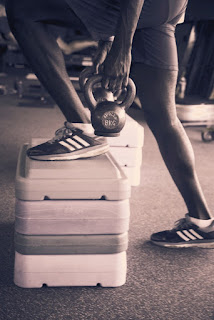 When done right, this lifting motion causes muscle contractions throughout the entire body, as well as providing gravitational stimulus to strengthen your bones. You don’t need to repeat the lift many times, but you should increase the weight gradually.


Repeating a movement until you feel fatigue can cause bone, joint, tendon, and ligament problems and increase the risk of injury. Fatigue can also cause bad posture and gait which a golfer definitely does not want.

So, aim to do a maximum of six repetitions with a weight to safely build muscle and bone strength without bulking and fatigue.

You should use a bar with about 80-percent of your maximum one-time lift weight. Aim to do four sets, but do not over-stress your body. Allow your muscles time to recover- at least three minutes, between each set. Lift quickly, smoothly and correctly, always thinking about your technique and safety, and stop before significant fatigue develops.

While down at the gym, don’t bother with the high-tech machines you see there. These are designed to build muscle mass by concentrating on certain muscles groups at a time and have little use for a golfer unless you need to rehabilitate a particular area following an injury.


The treadmill, however, can be a useful way to get some aerobic exercise. Aim to raise your heart-rate, but not too dramatically. Increasing your aerobic activity will improve your stamina and help you to maintain a healthy weight. The treadmill is a good way to warm up before doing some weights. Then do two to four sets of deadlifts with the barbell and repeat five times. Follow this with the same number of squats. Round-off your workout with another short stint on the treadmill.

READ: Golf Tips for Warming Up and Increasing Power If You Have an Injury

A kettlebell workout is a great exercise option for golfers who want to increase their strength and endurance.

Kettlebells offer a serious full-body workout, especially the all-important shoulders and lower back muscles as well as the legs. It also increases grip strength. Kettlebells offer a convenient way to get some strength training with a safe, simple-to-use, and relatively inexpensive piece of equipment which you can use at home.

To increase the benefits of your strength training, eat a well-balanced diet, take daily walks, and get a good night’s sleep of between 7-8 hours every night.


Johanna Cider is a New Zealand-based writer who is passionate about anything related to fitness and healthy living. She usually includes running and yoga in her daily workouts. See more of Johanna’s work here.

The final PGA Tour golfers are being selected for the 2018 Ryder Cup team;  Tiger Woods, Phil Mickelson, and Bryson DeChambeau have already made the cut. Do you agree with Jim Furyk's choices?

On this year's Ryder Cup Team U.S.A. are a few standouts who need no explanation as to why they were selected: Justin Thomas, Dustin Johnson (both with three 2018 PGA Tour wins), Brooks Koepka (2 major wins), and young guns like Rickie Fowler and Jordan Spieth have proven themselves to be ready for the challenge.

LISTEN: Jim Furyk Interview about getting ready for Ryder Cup

So, why have Phil Mickelson and Tiger Woods been added to the Ryder Cup roster?

Mickelson has had a pretty good year with a win at the WGC Mexico Championship and several top-10's; I think fans just require more from him in spite of his bouts with RA.

Tiger Woods has also made a comeback that is worthy of a Ryder Cup pick. Again, golf aficionados remember the Woods of old and, should instead not make comparisons but review his current season before issuing negative comments.

1. Although Woods has no wins under his belt in 2018, he has several top-10's including placing second at the PGA Championship; this is still an accomplishment for any PGA Tour golfer but, because it is Tiger Woods we are discussing, our expectations are higher. In spite of many back surgeries, Woods is still in the 2018 tournament mix.

2. According to Jim Furyk, Tiger is a solid vice-captain who helps his teammates, which not only helps as far as strategy and boosts morale for the team.

3. The obvious reason, not stated by Furyk, is that both Woods and Mickelson will bring millions of viewers to the Ryder Cup. Woods has a huge impact on TV ratings. According to thebiglead.com, because Woods was playing:


The 2018 Ryder Cup will surely prove to be an exciting team experience! The TV Schedule for the US is: